In the cosmetic eyelid surgery practice of the ELZA clinic in Zurich and the Focusclinic of the Rotterdam Eye Hospital I see many clients who are keen to have an upper or lower eyelid correction. Most have a mild to moderate degree of skin excess, some even severe. Smokers often present themselves with festoons: a skin fold, sometimes filled with moisture, which hangs like a kind of bag at the bottom of the lower eyelids. Eyelids may also exhibit excess fat, especially noticeable in overweight or well-known dermatochalazis (skin excess due to loss of elastin fibers). Bags under the eyes or skin excess in the upper eyelids based on dermatochalazis contribute to a tired expression, which often does not reflect the energy status of the client.

Lower blepharoplasty (eyelid correction) is more complex from a surgical point of view and is less forgiving than upper eyelid correction, which is a very common procedure. Starting and unexperienced surgeons, especially those who have not had proper training in this field of cosmetic surgery through a fellowship program, will soon find out that cosmetic lower eyelid surgery is rather complex, sometimes – unfortunately – at the expense of a good result for their clients.

First, the incisions in the upper eyelids are hidden in the natural crease of the upper eyelid. Only very close to the nose and to the side we can see a temporarily visible scar, which generally heals very well in the month after the operation and can be camouflaged in the initial phase with a foundation creme. In the lower eyelids the scars can be visible for weeks to months, the latter especially in smokers, despite the fact that they are placed in the relaxed skin tension lines (the natural skin lines that occur during the aging process) (this creates “hidden” as it were incisions “).

Secondly, laxity of the lower eyelid may occur due to weakening and aging of the eyelid tissue and the ligaments that connect the eyelid to the bone. In addition, gravity pulls down the eyelid tissues. If the lateral part of the lower eyelid is not sufficiently shortened or fixed to the bone, any removal of excess skin can lead to an incorrect position of the eyelid (retraction or retraction of the lower eyelid), which can be enhanced by gravity. Therefore, the surgeon should try to prevent this by correcting the lower eyelids by means of 1. adequate canthopexy or canthoplasty (procedures to fix the eyelid to the bone) 2. limiting the amount of vertical skin removal during blepharoplasty, especially when the eye is relatively protruding (proptosis) or when the cheekbone is flat and 3. introduction of an outward / upward vector (force line) that counteracts the gravity vector by placing deeply supporting sutures in the soft tissues just outside the lateral corner of the eyelids.

Loeb-Hamra technique for eyelid correction: fat redistribution instead of removal!

If there is too much fat in the lower eyelids while the tear trough or groove between the lower eyelid and the cheek is deep due to tissue loss resulting from aging (which enhances the effect of rings around the eyes), a fat redistribution is more logical than the alternative of removing it. This technique of re-using excess fat to a nearby location with a shortage of fat was described by Dr Loeb and also by Dr. Hamra. Here, after opening the lower eyelid through an opening under the lash line, an opening is made in the orbital septum, a thin connective tissue layer, whereby the fat can bulge forward. Then this fat can be put into a pocket above the orbital rim and placed under or above the periosteum layer above the cheek bone for filling of the tear trough. See the illustrations below.

A well-executed lower eyelid correction generally gives a notable improvement in the appearance because of the reduction of the obvious swelling or excess of skin. However, one cannot expect that the aged skin will recover its original elasticity. Therefore, mild wrinkling or even mild surplus of skin may persist. Additional excision surgery can be hazardous as it might cause unsightly lower eyelid retraction, which may also cause functional problems such as tearing, diminished visual acuity or redness of the eyes.  If the skin is wrinkled, it may be considered to treat the skin with laser or with trichloroacetic acid (TCA peeling) for an improvement of the cosmetic image. In the case of minor abnormalities, laser surgery or peeling can also be chosen instead of surgery.

Realistic expectations with regard to outcome of cosmetic lower blepharoplasty

In both upper and lower blepharoplasty it is important that clients are aware about the benefits, side effects and risks of the surgery. Adequate information prior to the surgery should prevent false expectations with regard to the outcome of surgery. If the expectations are not realistic, the outcome may be disappointing for the client even when this is objectively good. Fortunately, in our practice, the vast majority of well-informed and selected clients who have undergone a proper ophthalmologist correction are very satisfied with the result.

Dr Paridaens is an experienced eyelid and orbital surgeon. In 25 years of surgery he performed more than 35,000 oculoplastic and orbital procedures. He operates 2 to 4 days per week with a focus on eyelids, brows, orbits and  tear ducts. He is also a specialist in the field of botox treatments. ‘Obtaining a natural appearance’ is always the motto 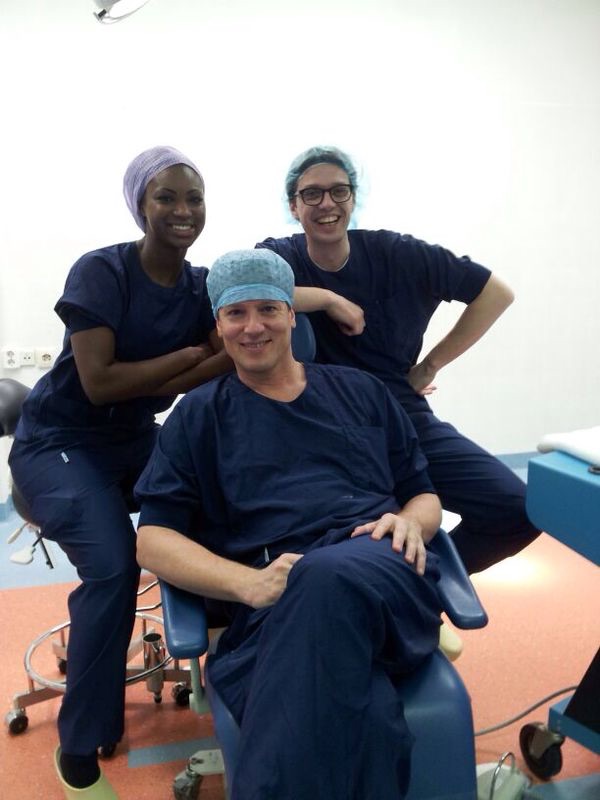